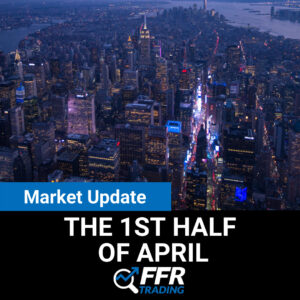 That sums up our review our market update for the 1st half of April 2021. At FFR Trading, we are all about helping investors make informed decisions based on strategies accessing market movements. If you would like to learn more about our trading strategies or speak with one of our client care specialists for more information, give us a call at (800) 883-0524 or contacting us via email or our contact form. We are always happy to help! April is shaping up to be an interesting month with lots of corporate reports, as well as data on the health and patterns of the U.S. economy. Stay in the loop by signing up for email updates for our market update by contacting us or visiting our social media pages. Follow us on Instagram, Facebook, Twitter, and LinkedIn for frequent updates and market news. Happy trading, everyone!

This site uses Akismet to reduce spam. Learn how your comment data is processed.